Polyethylene is referred to as PE, which is a polymer of ethylene and is non-toxic. Easy to color, good chemical stability, cold resistance, radiation resistance, good electrical insulation.

Polyvinyl chloride, referred to as PVC, is a polymer of vinyl chloride. It has good chemical stability and is resistant to acid, alkali and some chemicals. It is moisture-resistant, aging-resistant and flame-retardant. It should not be used above 60°C, and it will harden at low temperatures. Polyvinyl chloride is divided into soft plastics and hard plastics.

Cross-linked polyethylene, referred to as XLPE, is an important technology to improve the performance of PE. The performance of PE modified by crosslinking can be greatly improved, which not only significantly improves the mechanical properties, environmental stress cracking resistance, chemical corrosion resistance, creep resistance and electrical properties of PE, but also The temperature resistance level has been significantly improved, and the heat resistance temperature of PE can be increased from 70 ° C to more than 90 ° C, thus greatly broadening the application range of PE. At present, cross-linked polyethylene (XLPE) has been widely used in pipes, films, wire and cable materials and foam products.

CYG TEFA’s foam products are made of cross-linked polyethylene (XLPE Foam), which is better than PVC and PE foam. 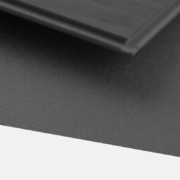 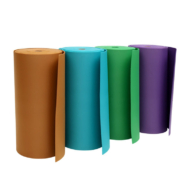